While Christmas may already seem distant in America, we are still in the Christmas season here in Ukraine.  Christmas day was this past Wednesday, January 7th, but Christmas activities and decorations remain until at least the 14th.  January 14th is "Old New Year" and I must be honest and say I don't really know what that means, except that the holidays aren't over yet.

Here's what we've been up to the past few weeks.  The final day of rehab was December 30th and then the center closed for the holidays and will reopen tomorrow, January 12th.  Nice, right?  So with all that time off we did some traveling.

First, it was off to Sveta's hometown of Zhitomir to ring in the new year with her mom and spend time with her friends.  It was a good time of relaxation, fellowship, and sightseeing in the city. 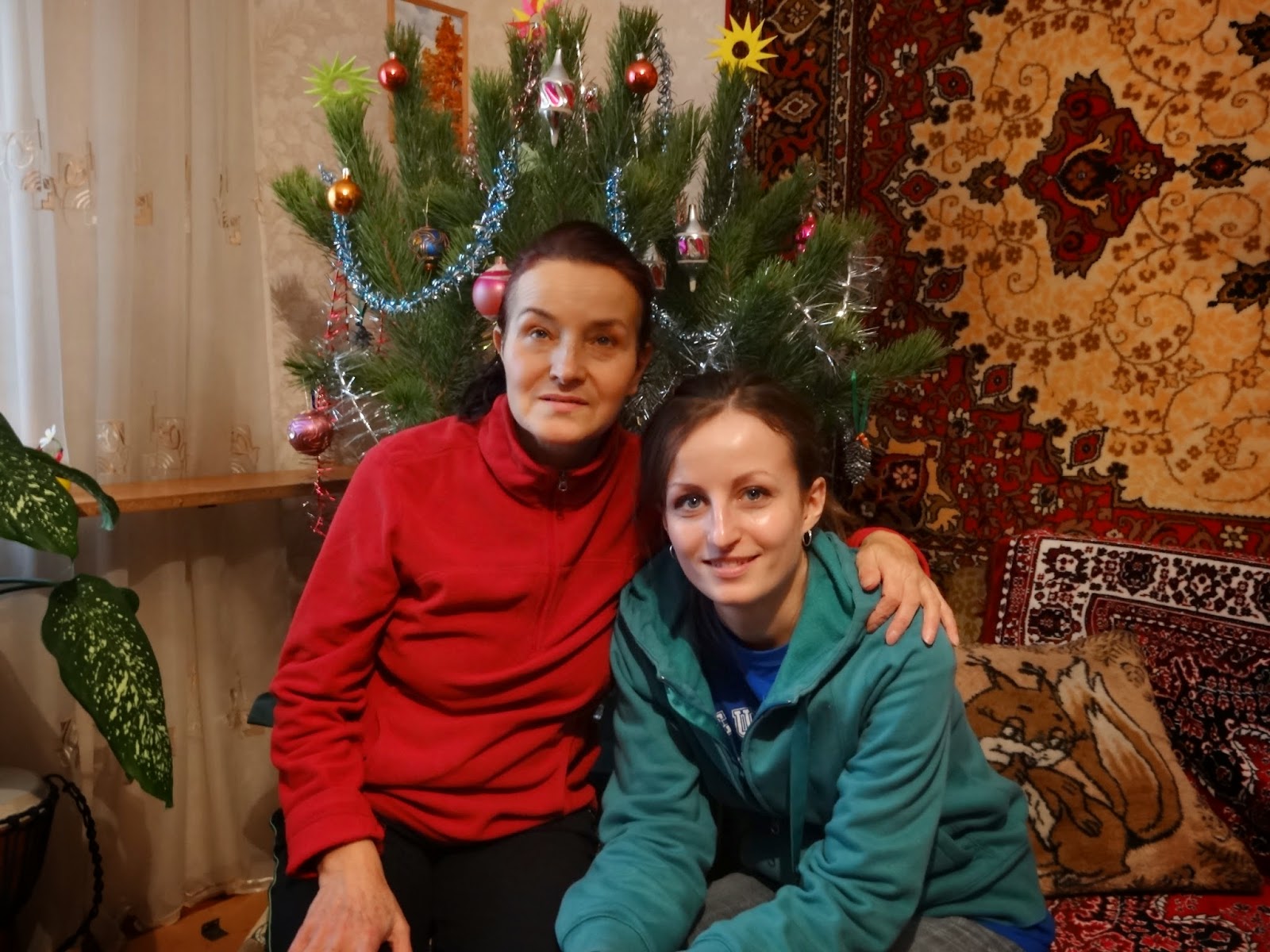 Sveta and her mom, Nadia
Below are the sights we found in the center of Zhitomir.  Unfortunately above freezing temps meant the ice sculptures were beginning to melt, but we managed to catch them before they changed shape drastically. ﻿ 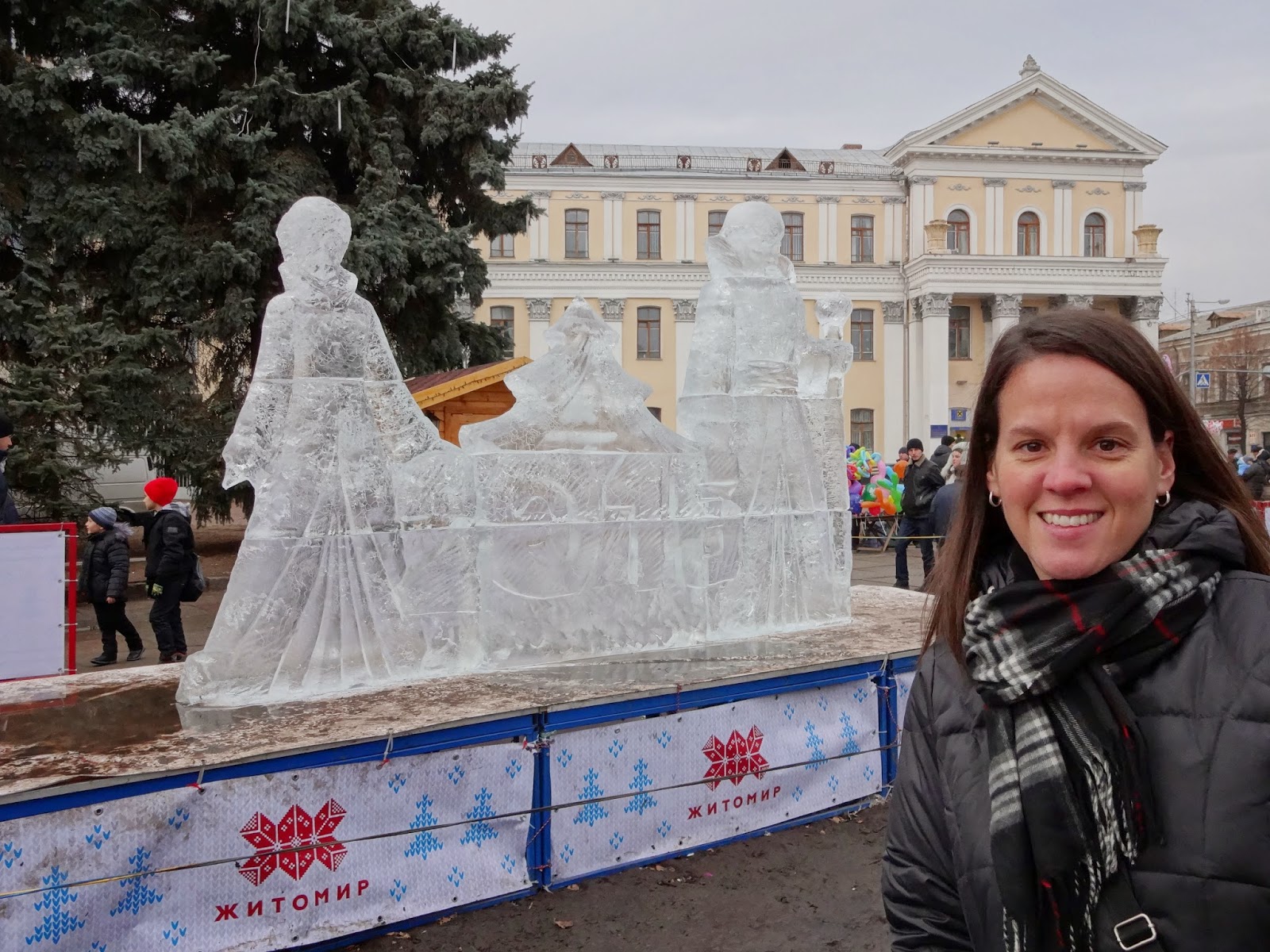 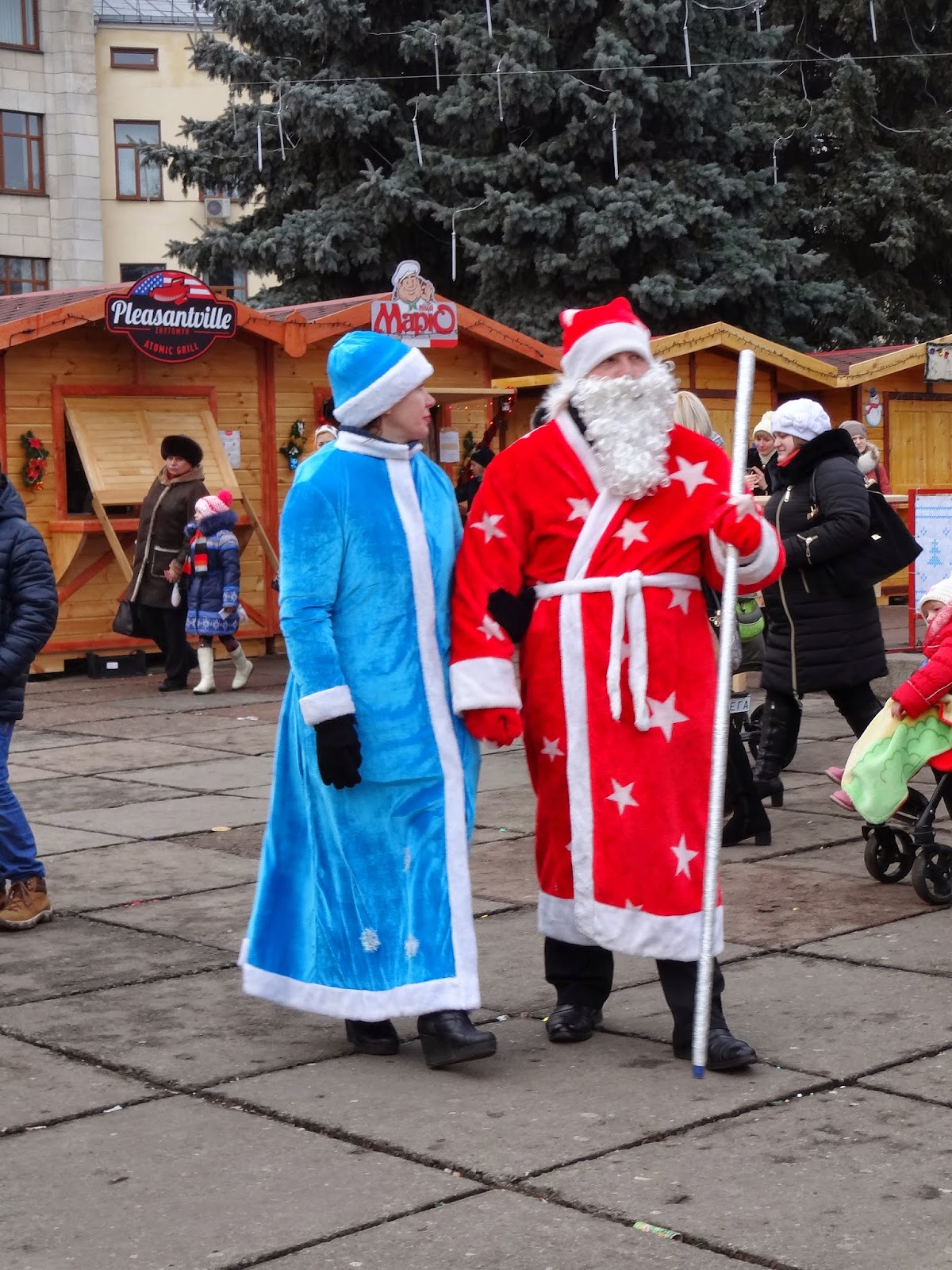 Father Frost and his granddaughter (in both pics above) are the Ukrainian counterparts to Santa and Mrs. Clause. 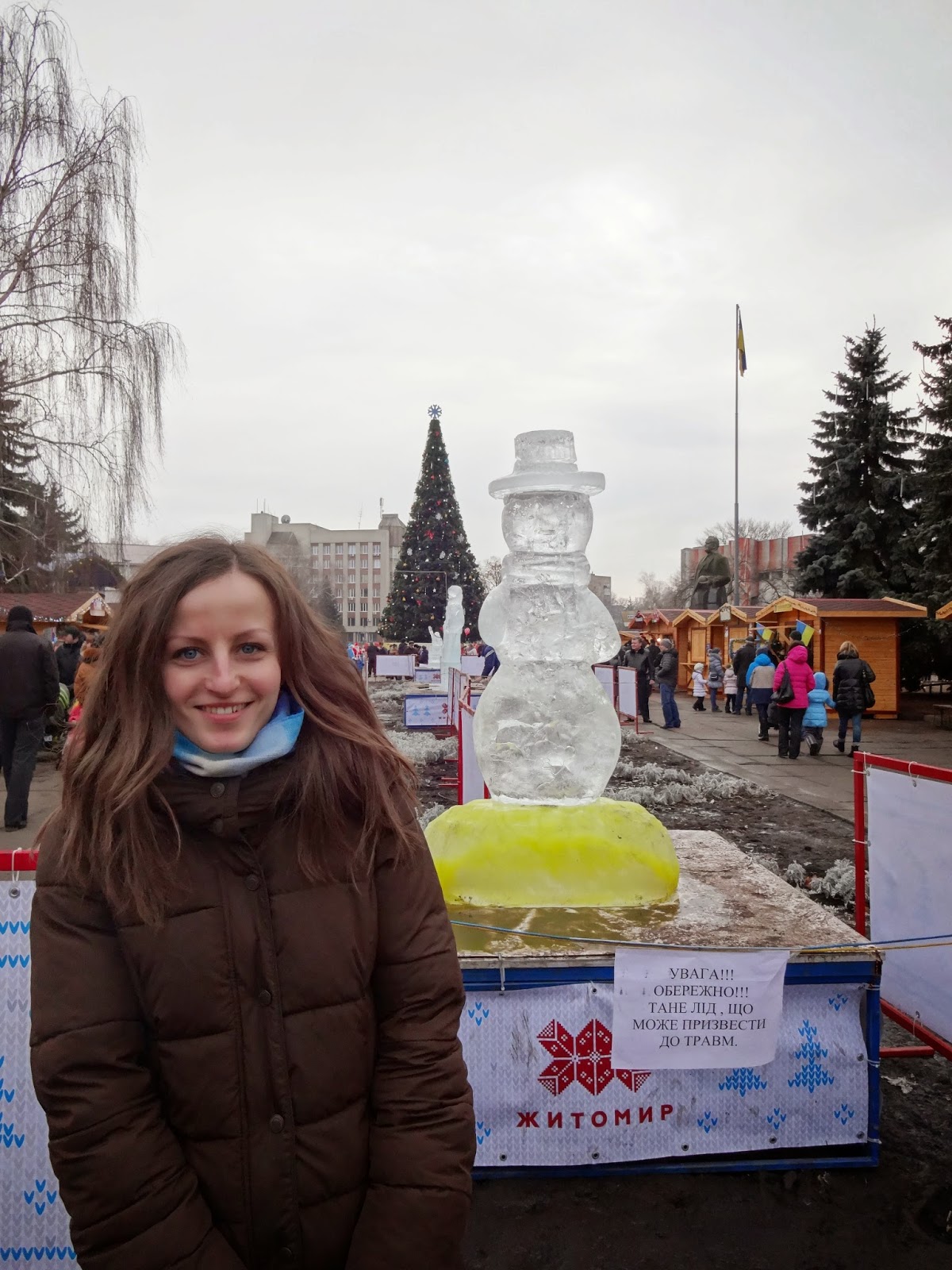 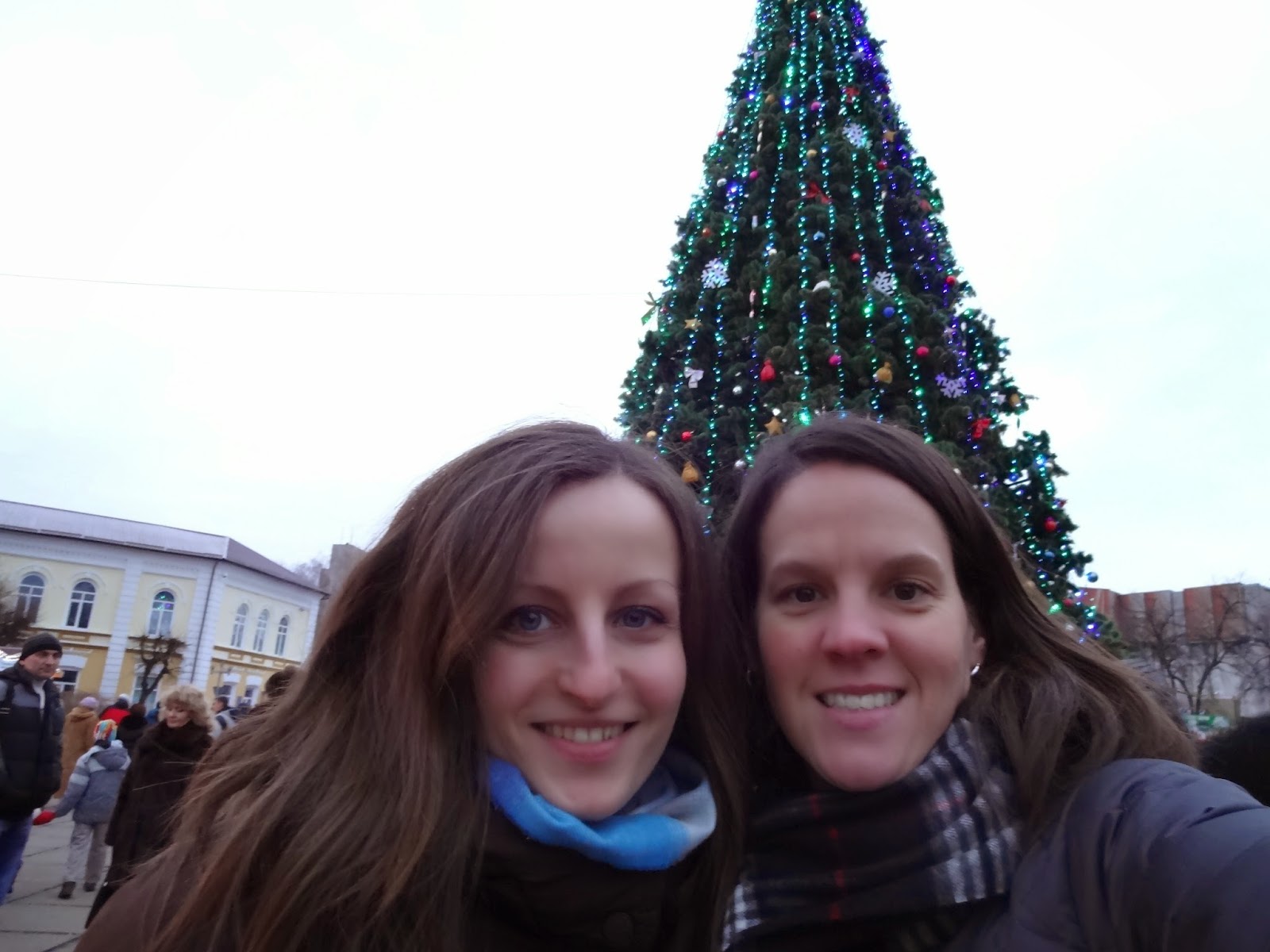 We returned from Zhitomir to Lutsk for a day and then headed to the village to spend Christmas with our friend and former roommate, Lyuda, and her family.  Lyuda's village is small and very rural so most Lutsk residents have never heard of it.  In Sveta's words, "It's where the ravens turn around." In fact, we were the last to get off the bus and the driver just put it in reverse after we exited.  We had a white and very cold Christmas in Ukraine!  And going to the village meant even more snow and colder temps.  Getting to this village requires 2 buses and we FROZE while waiting outside for an hour for our connecting bus!  Apparently it's pretty common to hitch a ride to these rural villages since the buses aren't too frequent.  So we joined some others on the side of the road and did our best! 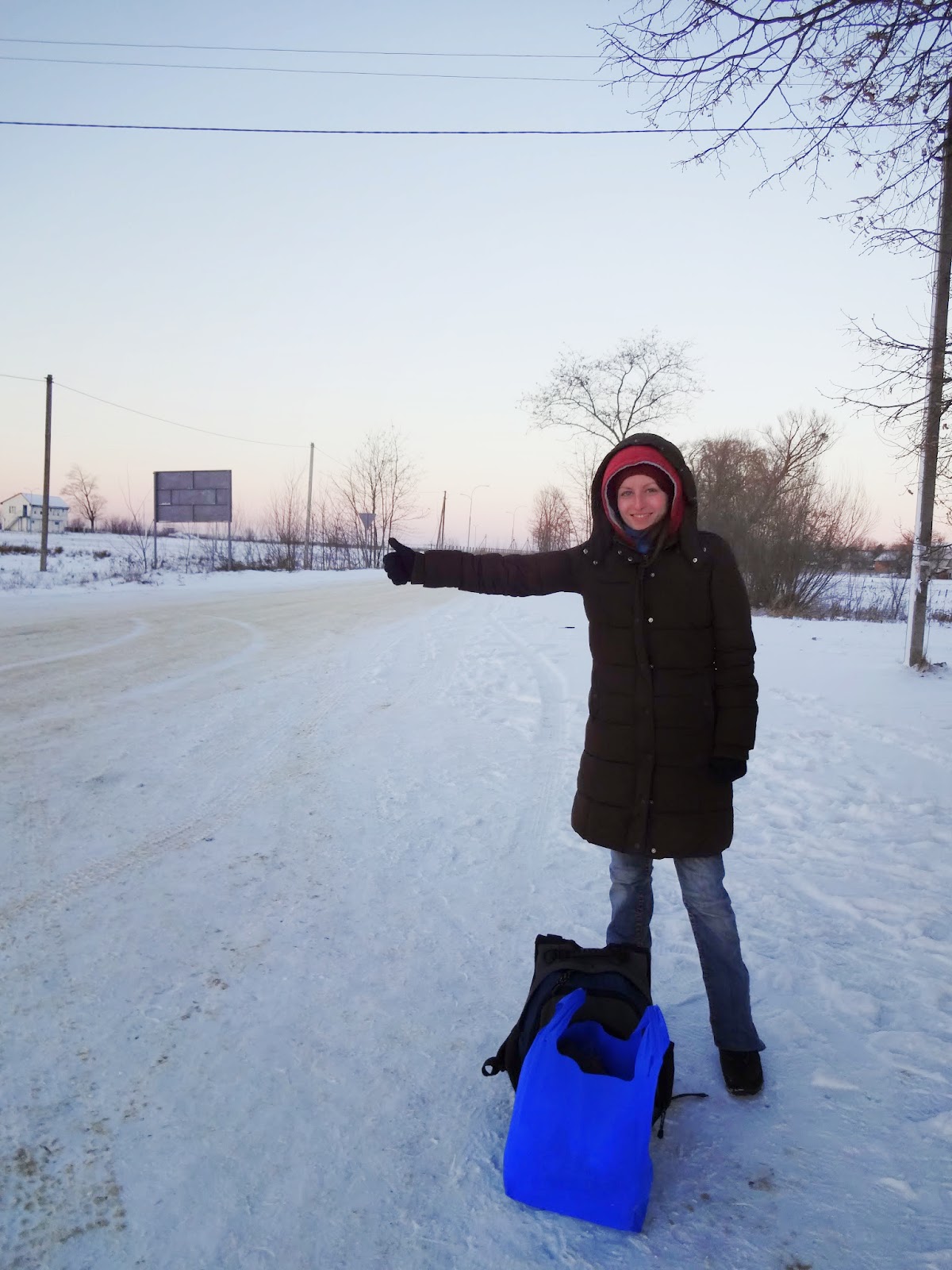 Most drivers stopped on their way by and other hitchhikers were able to jump in, but no one was going far enough for us.  So no hitchhiking for us this time!
Christmas morning was -4 degrees and the daytime temp was not much warmer, so we mostly stayed inside.  But we did get some visitors.  A common occurrence on Christmas day and the days surrounding Christmas is for youth and children to go caroling.  It's a bit different than the American version, though, in that they usually sing one song (some of them are really long), say a poem, give you a rehearsed greeting, and then you have to give them candy or money.  It's like Trick-or-Treating and Caroling rolled together - minus the costumes!  I have been told that church youth groups will go caroling to the apartments of church members and not accept candy or money, but if you open your door to a group of strangers you better be prepared to pay.
Christmas afternoon Lyuda, Sveta, and I bundled up, grabbed the sled, and headed down the road toward the forest.  We didn't find much of a hill, but we still enjoyed sledding!  I absolutely love this forest at any time of year and with all the snow it was gorgeous!
﻿ 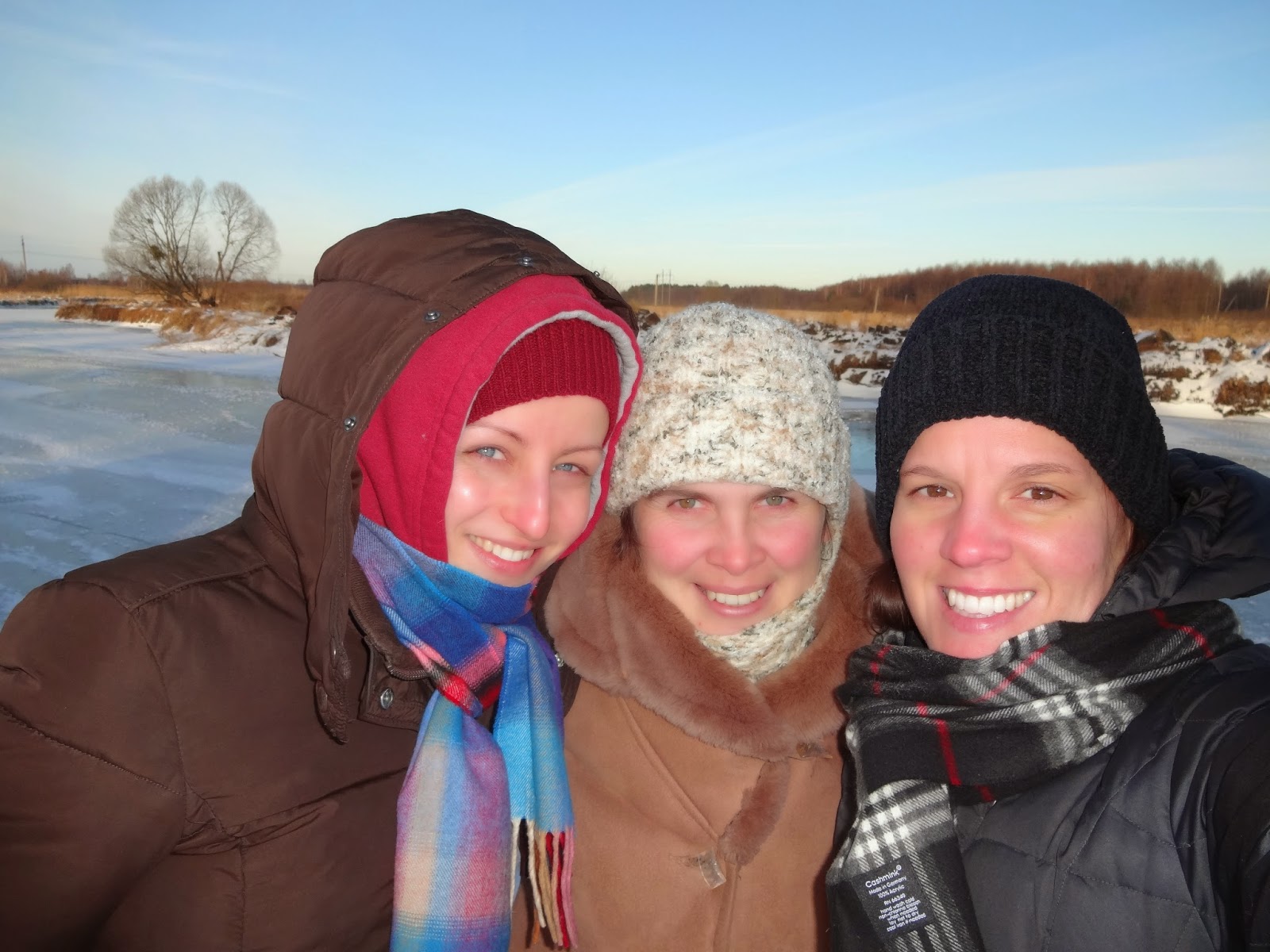 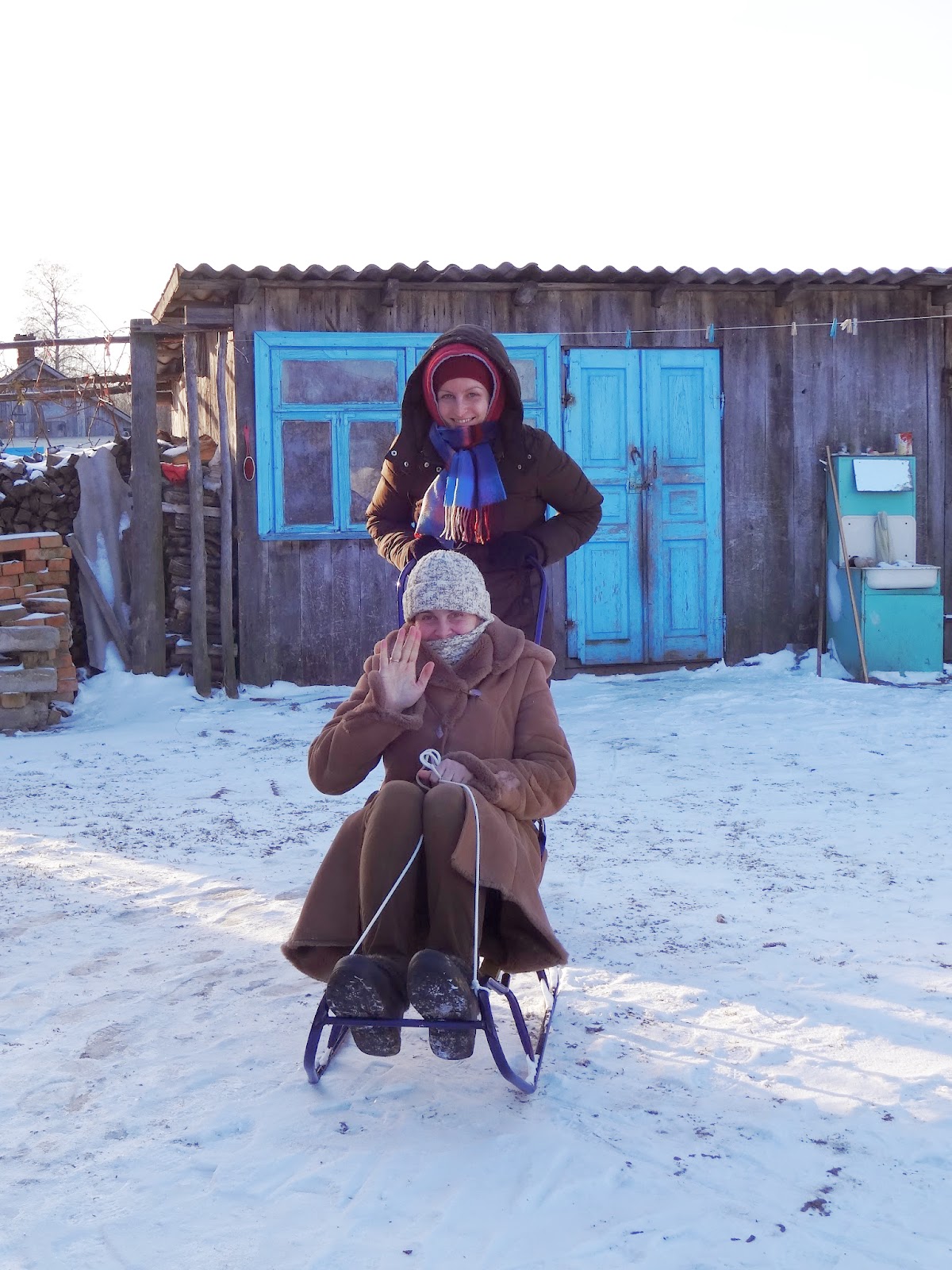 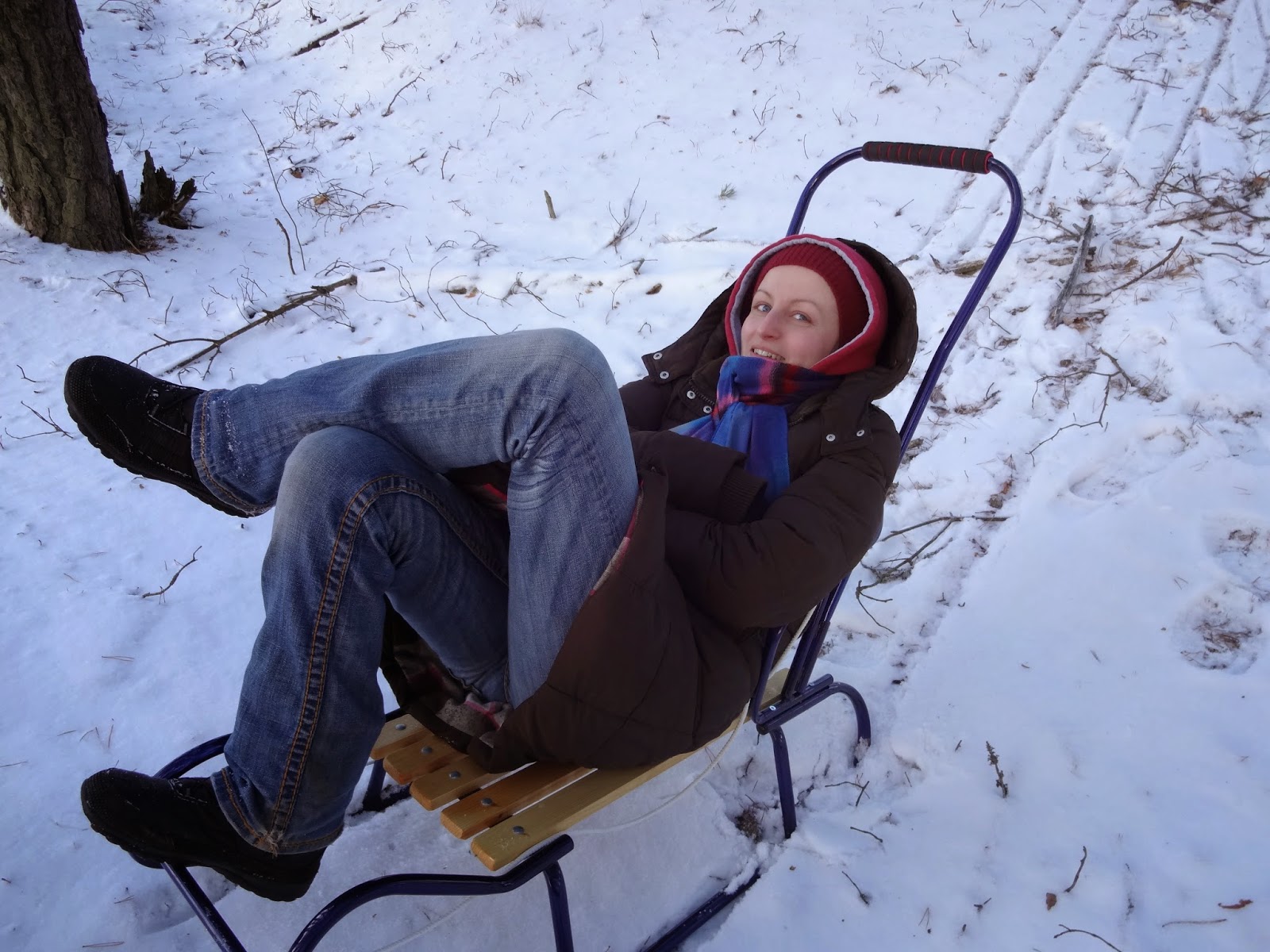 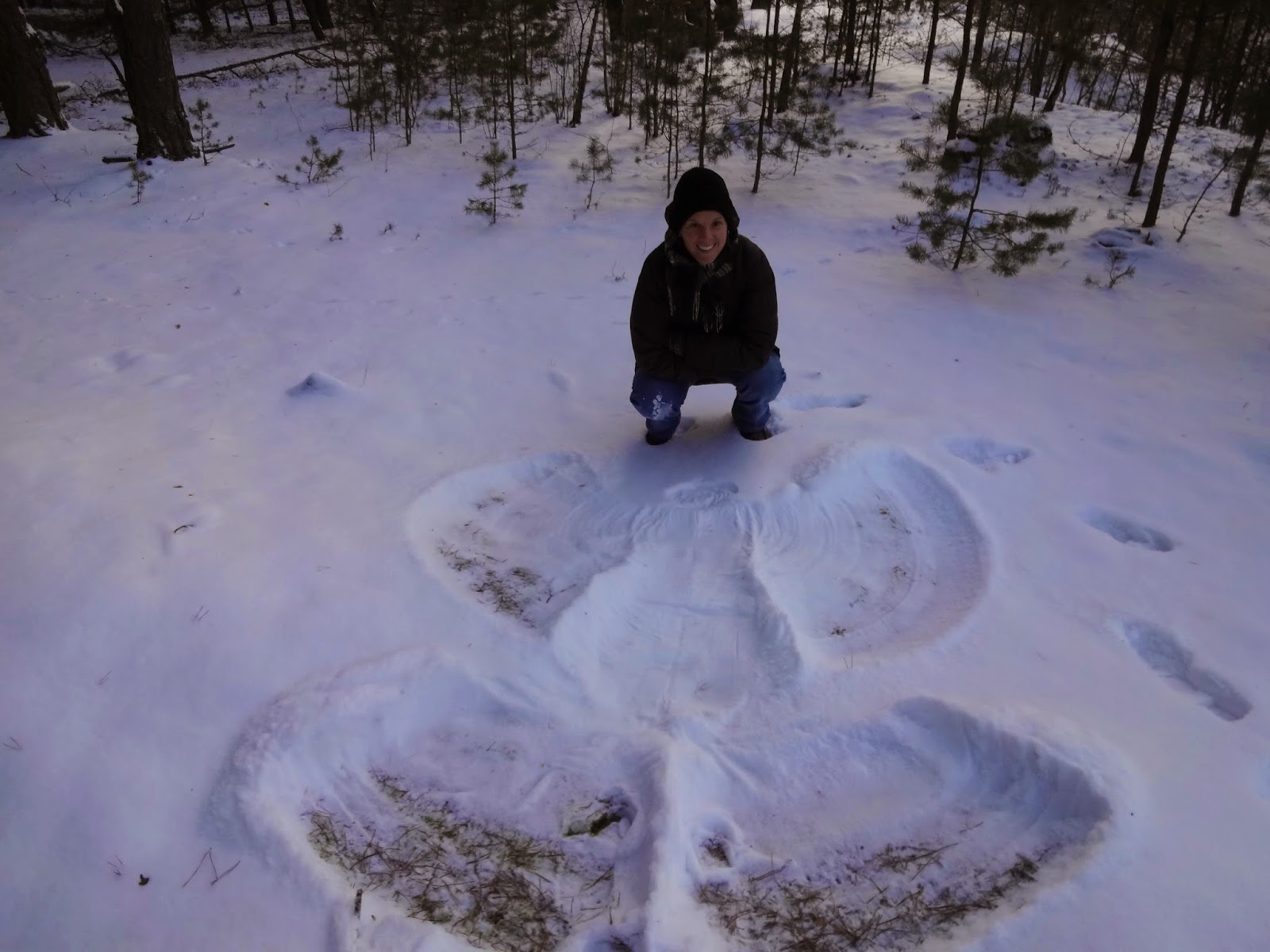 They were both amazed by my snow angel -
seems Ukrainians don't know about them! 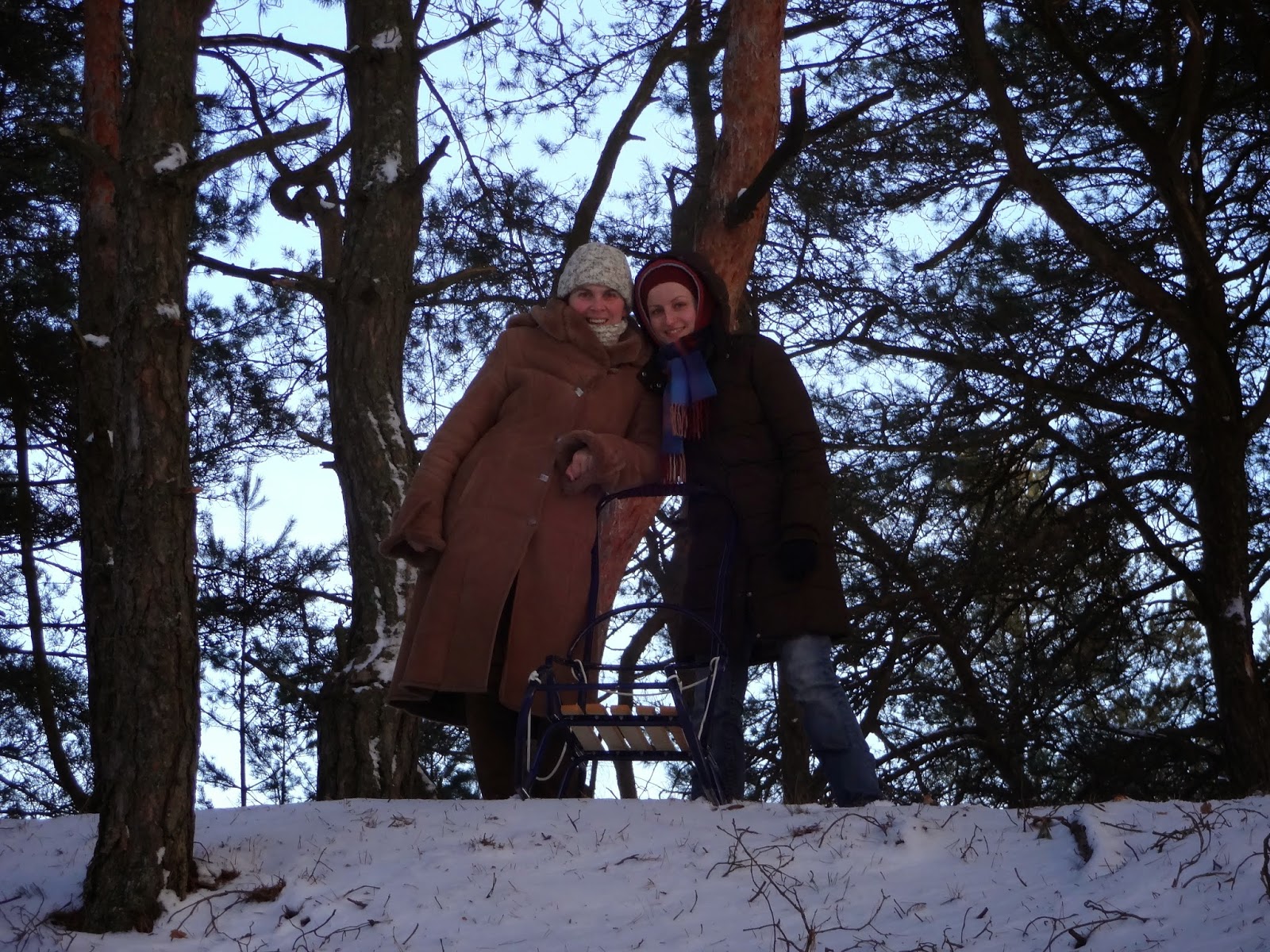 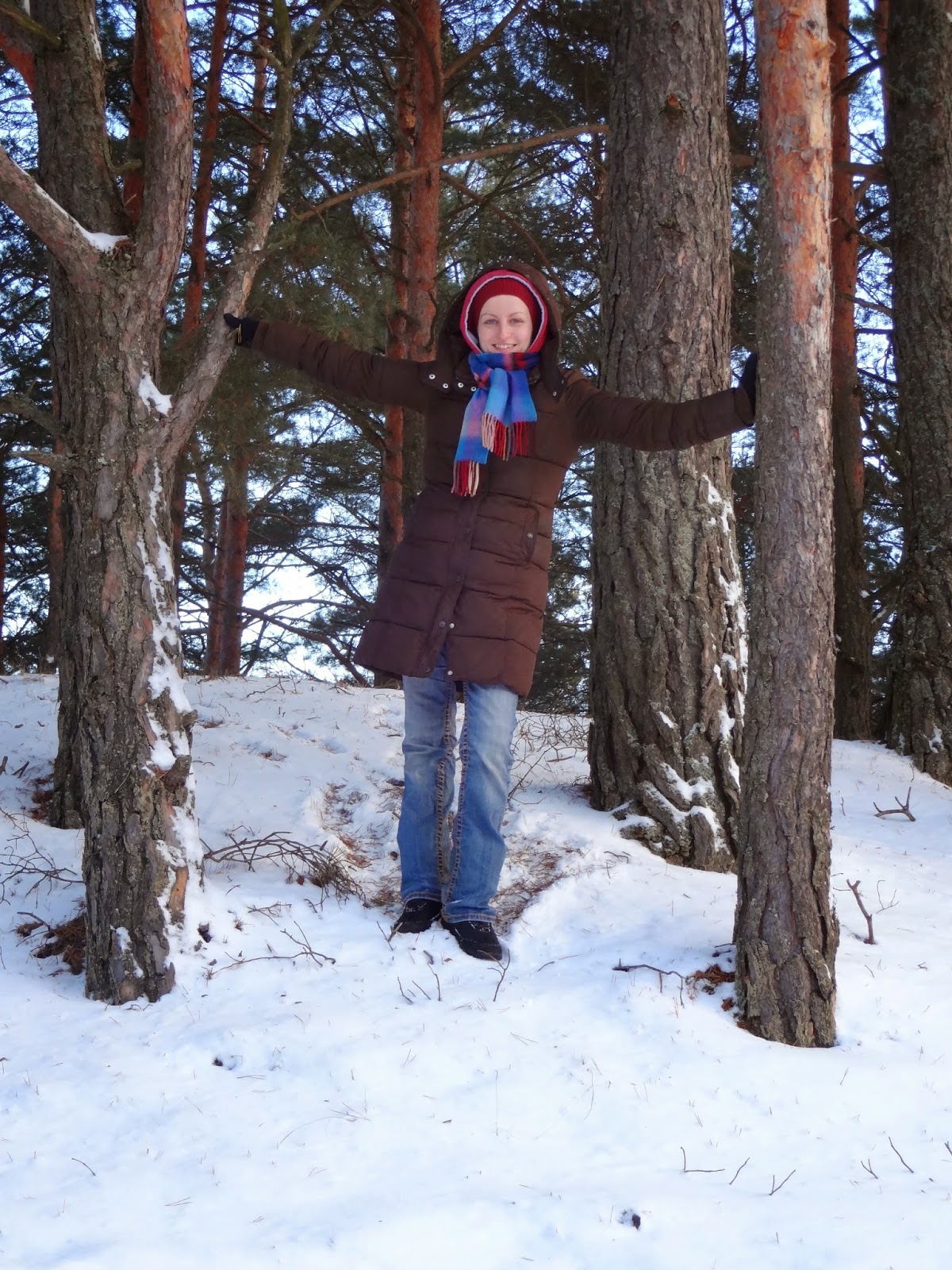 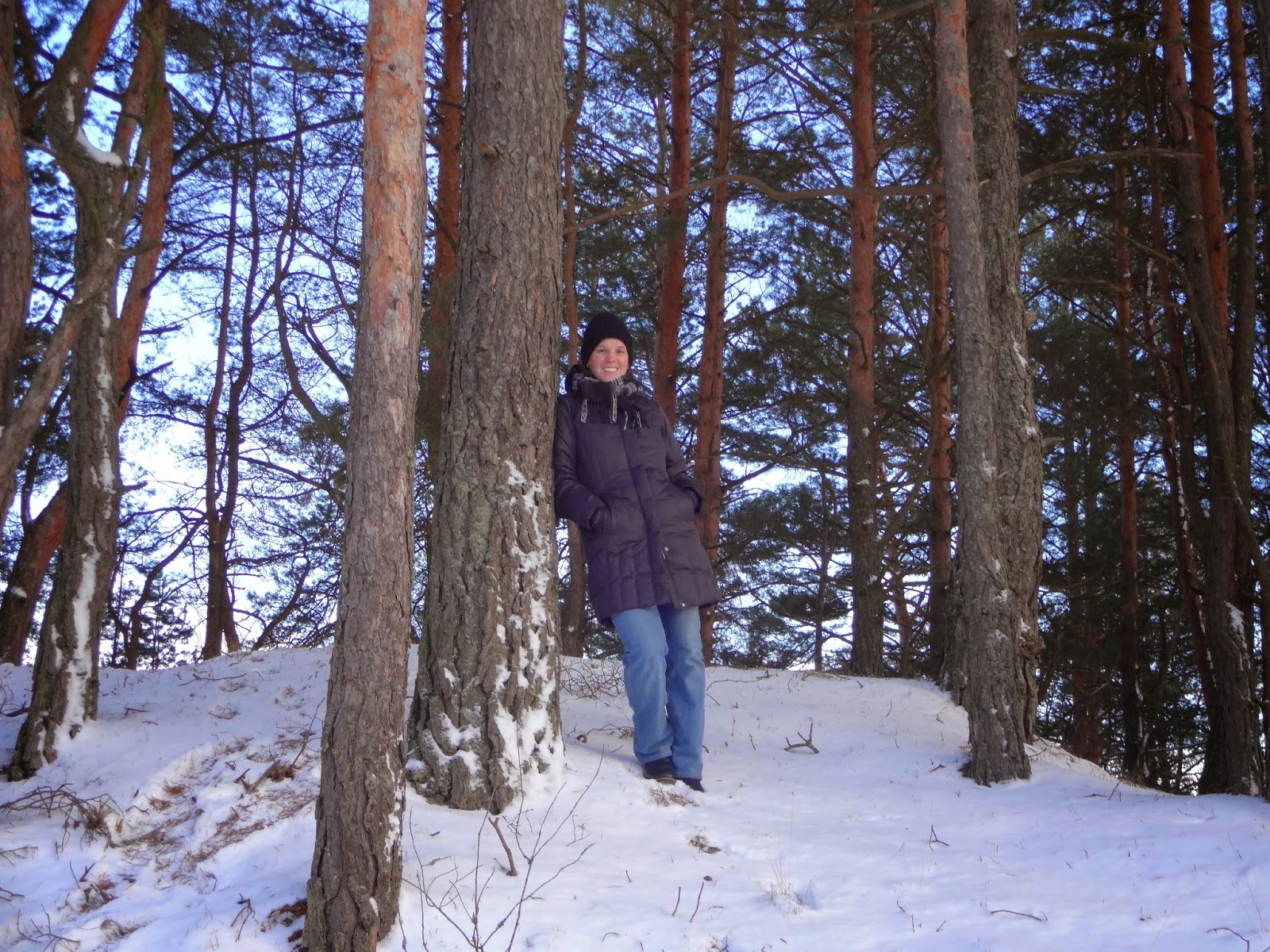 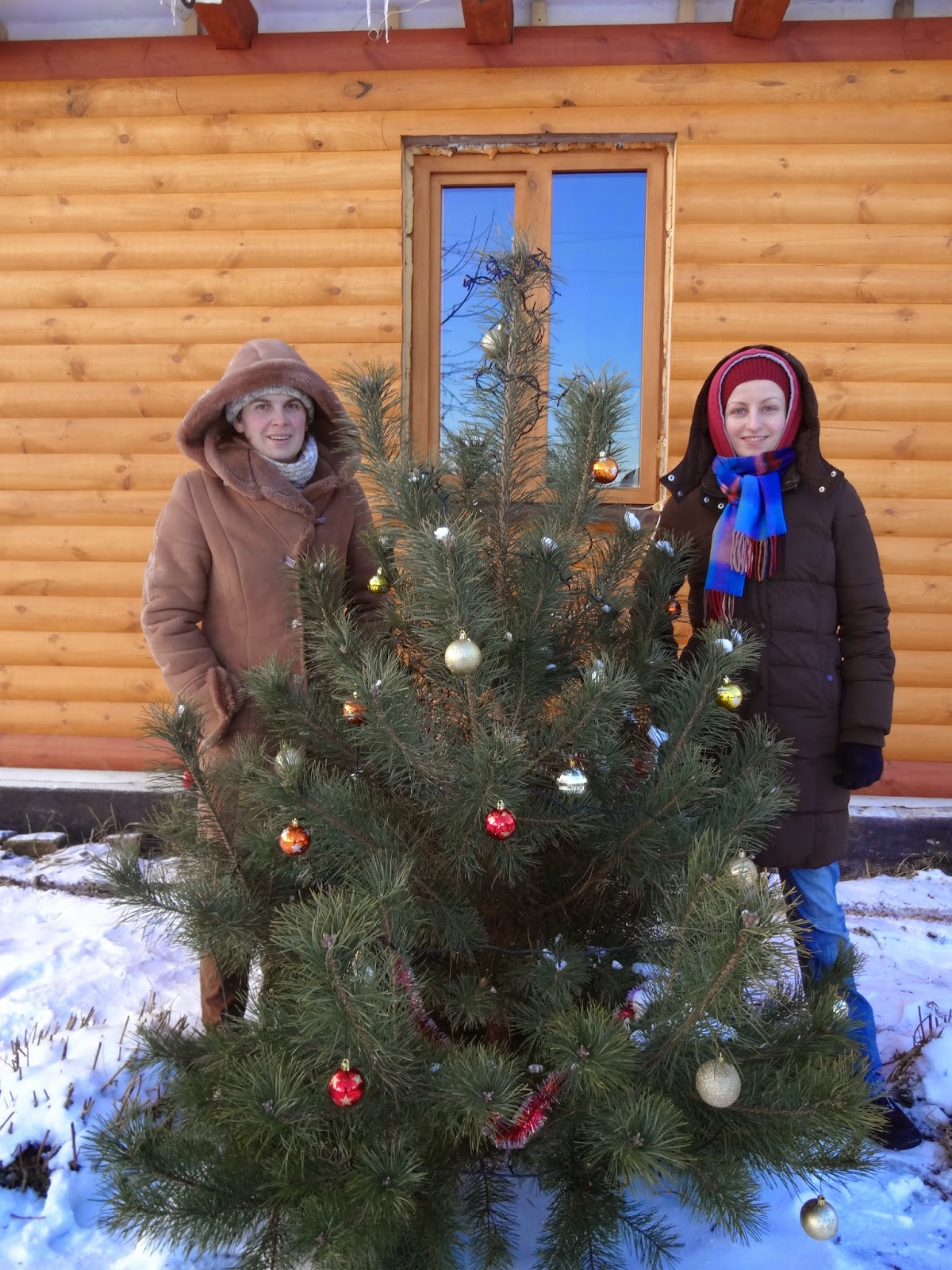 The family Christmas tree is outside at this house
(no space inside for it)
Lots of wood gets used in this house to keep it heated and cook the food! 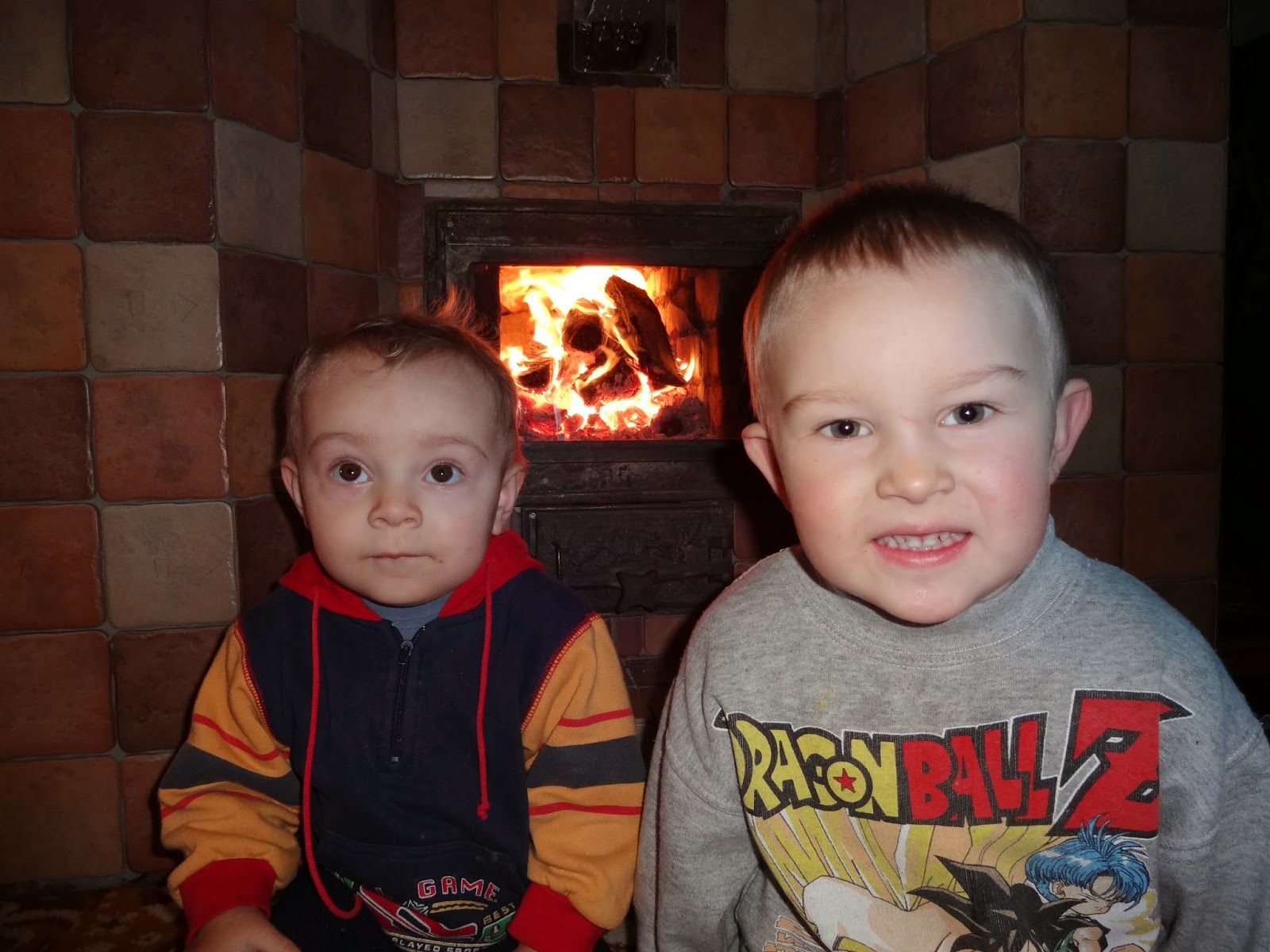 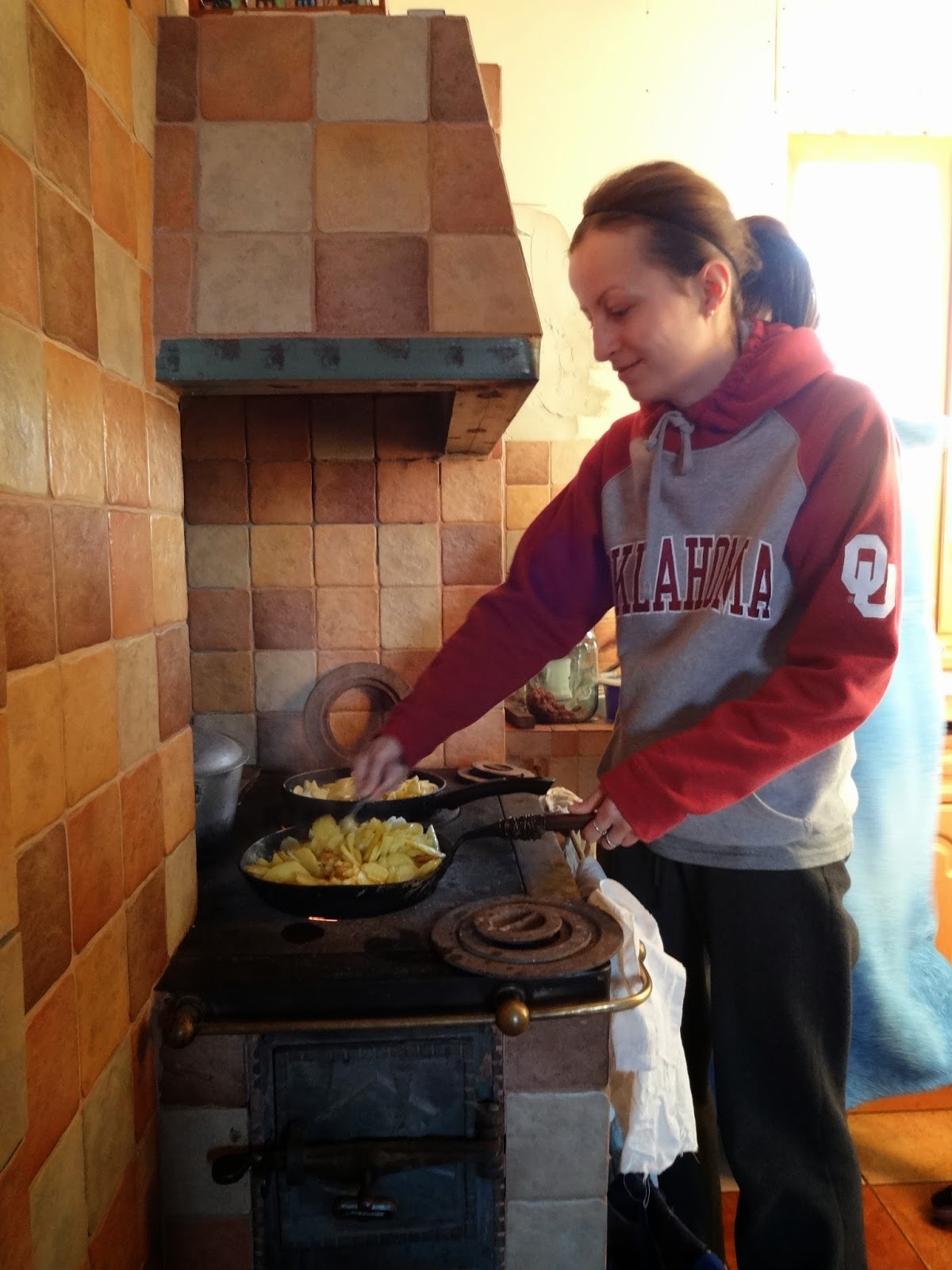 
We are back in Lutsk now and our schedules return to normal tomorrow, but I am grateful for these weeks of time spent with friends and of celebrating holidays in this country.  I'm also thankful for all who have offered support, encouragement, prayers, and love in this past year!  I'm excited to see what God has in store for 2015! 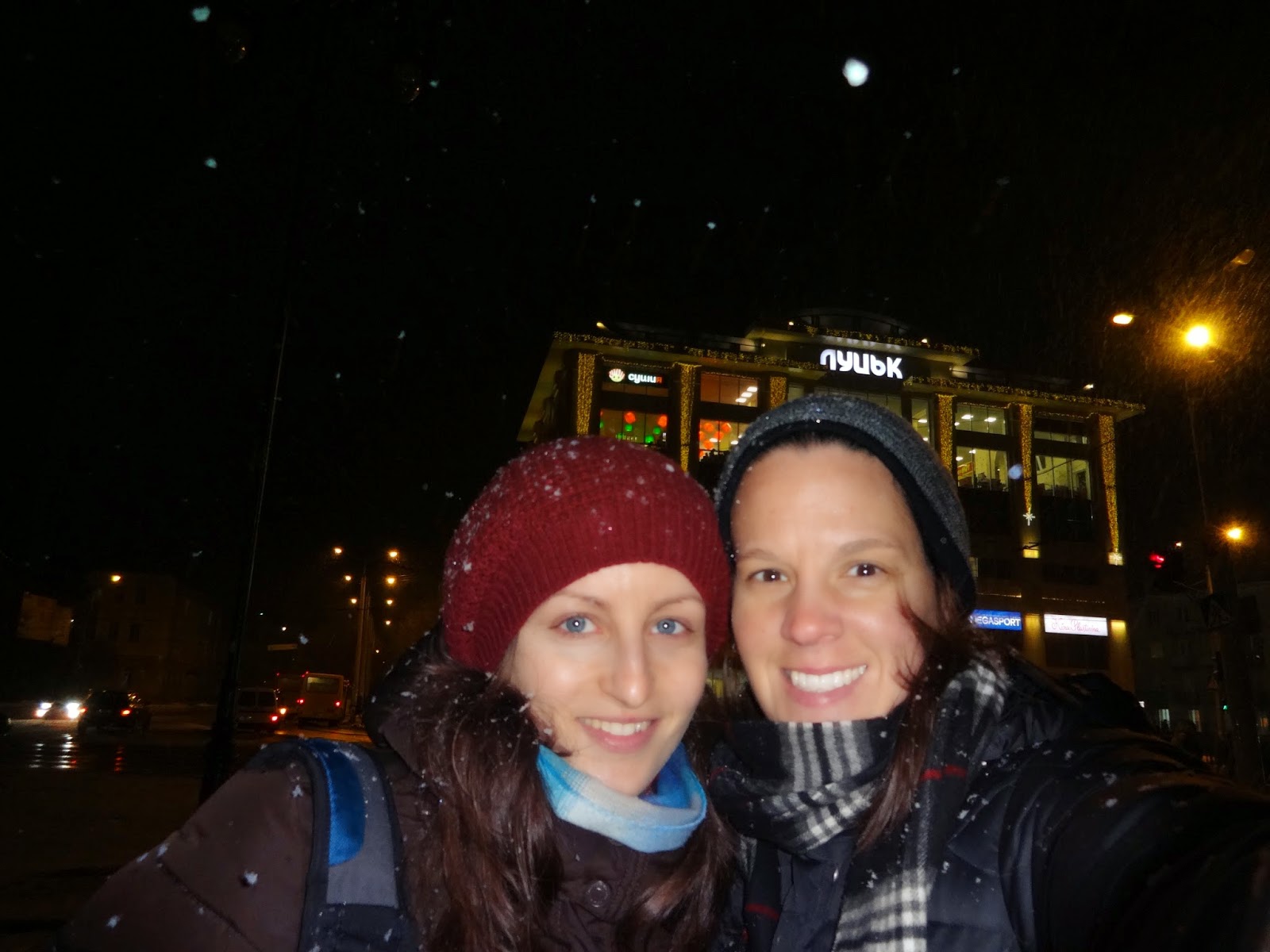 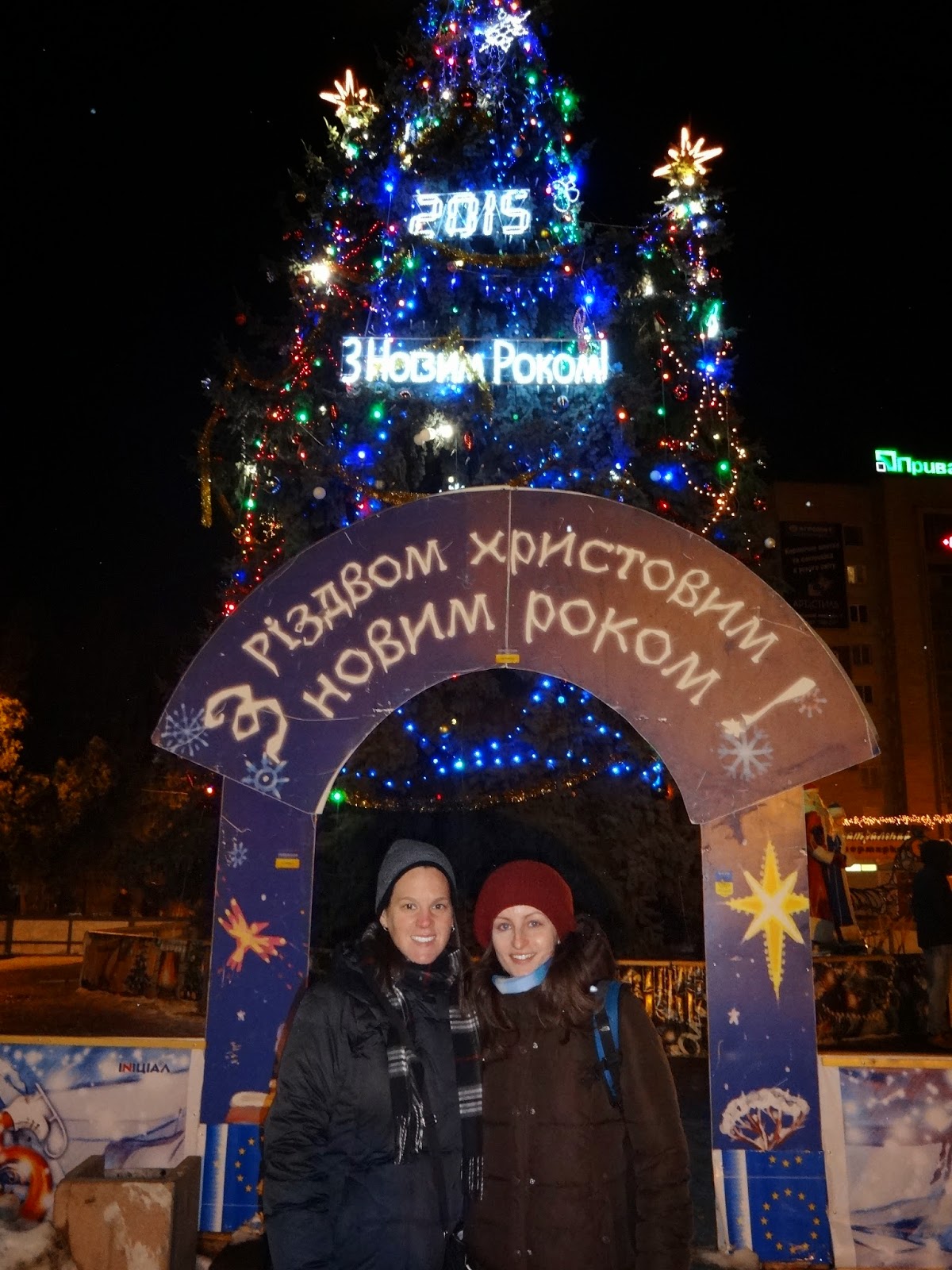 Posted by Carrie at 3:41 AM No comments: