The past few months have been busy with both ordinary life and out of the ordinary events. We are now enjoying a wonderful Ukrainian summer and gearing up for camps later in July. But first, a little of what has been going on...

The warmer weather has brought more and more opportunities to host friends and acquaintances at our house. Sveta's home group meets here every Wednesday and recently enjoyed a cookout on the back porch... 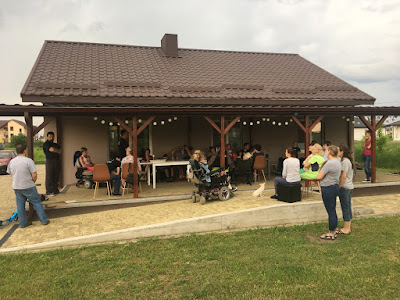 Members of our therapy team typically come over a couple times a month for dinner followed by some educational session. For the summer, though, we have suspended the therapy education and they have instead been getting an education on how to play American football! 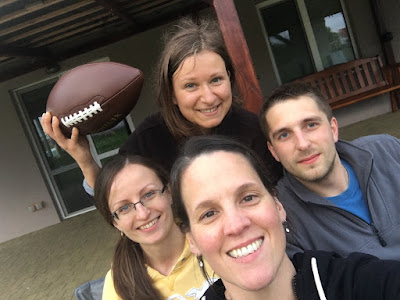 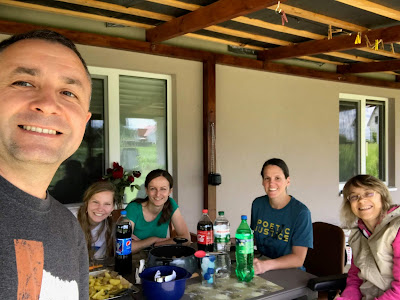 We have also had the opportunity to enjoy God's beautiful creation and some of the beautiful cities of Ukraine. Sveta and I enjoyed a spring sunrise (before the sun started coming up at 5:00 as it does now!) by the river on the other side of our village. 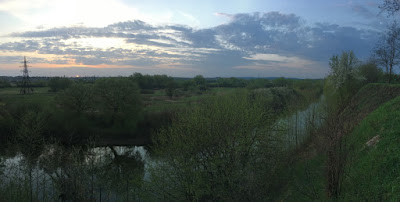 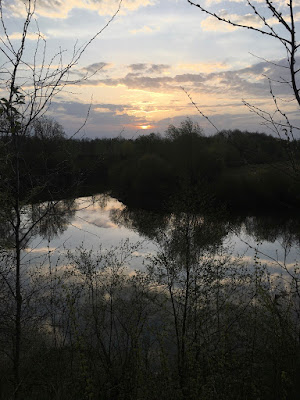 We did some traveling around Ukraine while the bright yellow fields were in bloom. 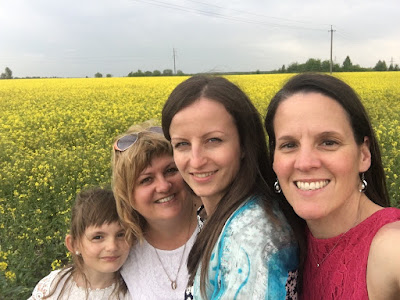 During a recent long holiday weekend we took a 2-day trip with Larry and Tammy to see Lviv, Ternopil and the ruins of a castle. It was fun to see some new areas of Ukraine and spend time with these friends. 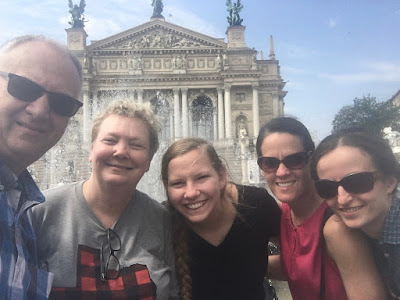 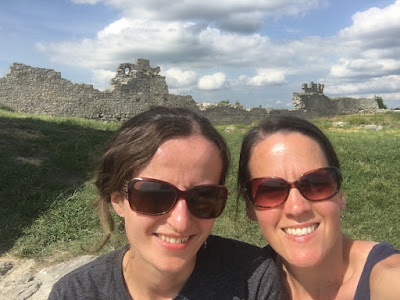 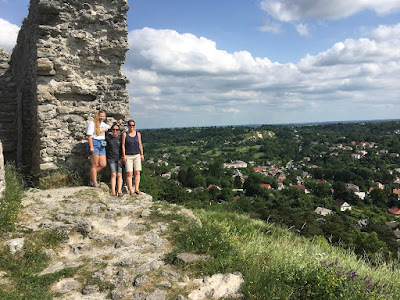 And we've enjoyed the beauty of God's nature as seen from our own back porch... 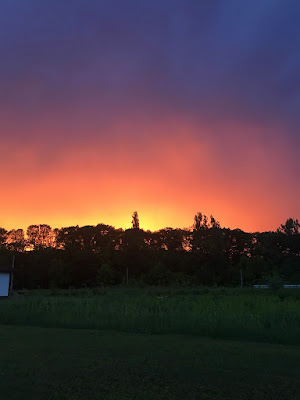 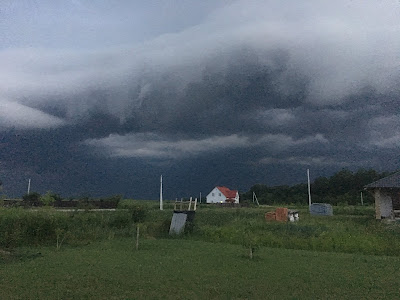 May held a couple of fun events. The first and most exciting was the wedding of our friend Vasya. Vasya is a quadriplegic and he first came for rehabilitation in 2015 and then attended camp that summer as well. He repented at camp in 2016 and was baptized the following year. He has also stayed at Agape for a couple of extended periods to undergo treatment for pressure sores, but his home was with his parents in the village where the Fimiam's retreat center is located. His home conditions allowed him very little independence, but he sought every possibility to maximize it. God brought Oksana into his life last year. She lives in another city and attends a church whose pastor is known by many in our ministry. It really is an amazing story of God's providence in the lives of these two people, first bringing them to Himself and then to each other. Earlier this year Vasya moved to Oksana's city to try living on his own for a few months before their wedding. That is an amazing accomplishment for just about any quadriplegic in any country, but particularly for one living in a small Ukrainian city. He succeeded and now he and Oksana are married...and have two children (Oksana's)! We were so excited to witness their union and look forward to watching how God uses their family! 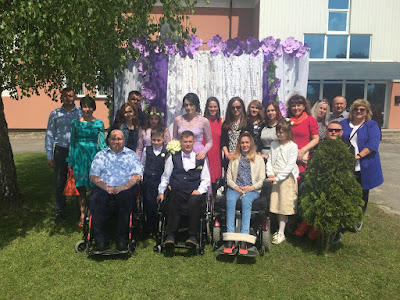 The other event in May for me was a trip to Sweden to attend the European Spinal Cord Injury Congress. I met several new contacts that may be beneficial to us in the future, got permission to translate and distribute a booklet about diet and health for people with spinal cord injuries (which will be very helpful as there are not many written resources in Ukrainian related to spinal cord injury), and learned some new information to share with our team. I was also able to spend a few days with a friend from Ukraine who now lives there and showed me around a bit. 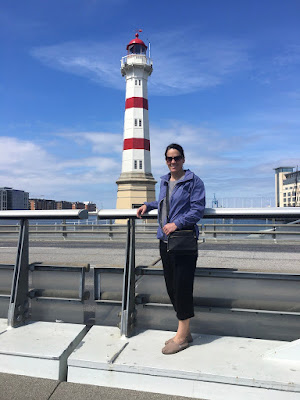 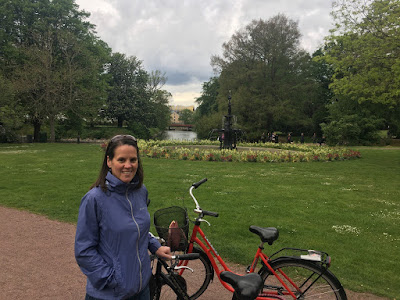 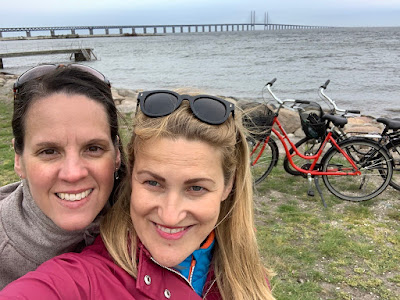 Update on Agape: We continue providing rehabilitation and temporary housing for people with disabilities. We have again postponed the beginning of the next class of students at the PT Training Center as we wait for a full class. In the meantime, I stay busy assisting our therapists and managing office work for our department. I love being out in the therapy gym and interacting with the patients!

Just this past week we celebrated the Agape's anniversary! Three years have already passed since our opening and we celebrated by recalling God's blessings to us over the past year and praying together over specific requests from each department. Then we had a celebration dinner with the current residents of Agape. Sergiy and Natasha Bolchuk shared their story and how the idea of Agape was born and became a reality. God's work in and through it all was clearly communicated so we continue to pray for God's work in the lives of those who were listening. And we look forward with great anticipation to what the coming year holds! 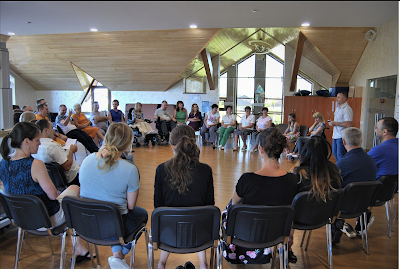 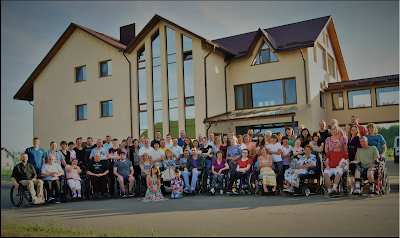 One of our prayer requests for the past few months has been to sell a limousine that was donated to us by a local businessman. We used it during the Night to Shine event we hosted in February and then were told if we could sell it we could use the money to buy a wheelchair accessible bus. Our current buses routinely break down, consuming both time and money, so we have been praying and searching for the possibility to buy a new bus for some time. And the limo has been parked behind Agape since February, waiting for a buyer. We prayed again about it collectively on Tuesday during the anniversary celebration. And by Friday not only had the limo been sold, but a fully equipped bus was already standing in our parking lot that our leaders say we will likely purchase! God is good! 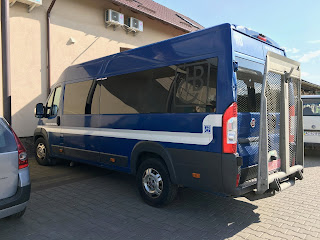 That's pretty much the scoop on the happenings over here. Camps are quickly approaching with family retreat July 16-21 and camp for adults with disabilities July 23-27. Please join us in praying for those camps. Sveta and I will work at Agape during family retreat and then serve at the adult camp. Several former Agape patients are planning to attend so we are praying for God's saving work in their lives. Looking back on the past few months I am grateful to see God's clear hand at work in and around me and I look ahead with great anticipation for what He will continue to do!